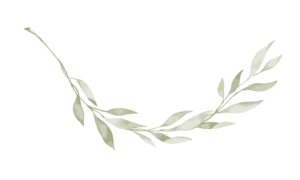 MacLaren is my clan name. In Scotland your clan defines the tartan of your kilt and ties you to a region and community, to a group of people with a common thread. Through MacLaren wines I seek to share my obsession for cool-climate Syrah and bring together wine lovers with a shared interest in exploring the path less traveled.

A native Scot, Steve Law followed a wine-lover’s path early on. It took him from Paris, where he began a tech career in his 20s, to many important points on France’s wine map, including Burgundy, Bordeaux, the Loire Valley, and Provence. But it was his wine-tasting forays in the northern Rhône Valley, just south of Lyon, that resulted in Steve’s obsession with Syrah—particularly the sought-after wines of Saint-Joseph and Côte-Rôtie.

One of the Rhône’s most highly respected vignerons, Yves Cuilleron, inspired and befriended him, offering valuable advice during his “newbie” winemaker days. Subsequently, Michael Talty in Dry Creek Valley gave Steve his first winery job in 2006, which led to the debut MacLaren Syrah getting vinified in Talty’s cellar in 2007.

When Steve and his wife (and winemaking muse), Heather, bottled that first wine—an ’07 Dry Creek Valley Syrah—they had their fingers crossed for success with this new endeavor while being realistic about its challenges. They were attaching their name (their Scottish clan’s name, anyway) to an artisan wine project they were passionate about, but with an inexact sense of where a Sonoma County wine brand not based on Pinot Noir, Cabernet, or Zinfandel would find acceptance among wine enthusiasts.

As a bolder, more full-bodied style of Syrah than he’d intended to produce, his first vintage pushed Steve in the direction of choosing to make wines that demonstrate this noble Rhône variety’s elegant side. Supported all along by Heather, he began to seek out locations in Sonoma County, particularly the Russian River and Bennett Valleys, that contained fog influenced cooler sites for Syrah.

A dozen vintages later, access to fruit from such vineyards has enabled MacLaren Wines to create space for itself among California’s best producers of Syrah—along with its white Rhône counterpart, Viognier. Two other varieties, Sauvignon Blanc and Pinot Noir, round out the current portfolio of wines. But it’s through Steve’s single-vineyard Syrahs that his and Heather’s friends and customers have come to understand the “why” of cool-climate Syrah in Sonoma County.

“I don’t really follow the trends,” Steve has said. “Whether it’s fashionable or not, Syrah is my favorite grape, and that’s why I’m making it.”